All WUR’s chair groups and departments are tasked with drawing up a housing plan this year that includes working from home and sharing workstations. While the Executive Board is holding discussions with the WUR Council about the Strategic Housing Plan, the Science Groups are pondering the implementation of the plan. But Geert Wiegertjes, professor of Aquaculture and Fisheries, already has his housing plan, complete with a refurbishment plan and the architect’s drawings.

What is the gist of the plan?

‘The key thing is: everyone has their own desk, but if you work at home or you’re having a day off, someone else can use your desk. I pair up staff members and they work out together how they are going to divide up the time.’

What do the staff think of that?

‘I have discussed the idea with the PhD researchers, the analysts and the academic staff. Those three groups have different jobs and needs. The academic staff will get their own meeting rooms because they mainly come to campus for meetings. When they want to work undisturbed on an article or a research proposal, they work from home and another member of staff can use the room. That way, I can accommodate 10 to 14 academics in seven rooms. They decide among themselves who works at home and who works on campus. I have given up on the intention I had to have everyone present on campus one day a week. I’m aiming at a hybrid solution, and I rely on technology such as WhatsApp.’

And the PhD students?

‘Most PhD researchers would prefer to have a nice place on location five days a week. That is difficult in the new situation. If PhD researchers are doing experiments in the lab, they get a place to sit with their laptop in a shared space. On the other days, they get a concentration spot in a room with seven desks and partitions between them. They will have the right to a quiet workstation on three days, and on the other two days they can pull up a chair in a shared space. They will have to coordinate it among themselves too.’

‘The analysts are in the lab a lot and need a desk of their own for roughly half their time. In practice, that means that five analysts can share a room with three desks in consultation among themselves.’

You will save a lot of office space.

I thought WUR worked with 10 square metres per person?

‘Yes, but that’s including the central meeting rooms. Effectively, that works out at seven square metres per person. The point is: the more desks in the available rooms, the less space per person. I want pleasant work environments, so Zodiac will need extensive renovation. The rooms we’ve got now are totally unsuitable, especially for meeting purposes. The rooms for the academic staff need to be smaller and in other cases walls need to be taken out to make spacious common rooms. We are going to integrate the corridor so we use space more effectively. My largest room will be 50 square metres, with seven workstations. We now have an average occupation rate of 40 per cent and we are aiming at an occupation rate of 100 per cent. But I know that won’t happen; 80 per cent would be a lot.’

How will you hold group meetings when all this is in place?

‘The staff rooms are for meetings of two or three people. There will be screens in them so that you can meet with bigger groups through an online connection. There will be two small meeting rooms available to everyone, but you will have to reserve those. You can find large meeting rooms somewhere in Zodiac outside your own group’s zone. We also aim to have a shared kitchen or common room for the more informal discussions.’

Sharing an office means working from home a lot.

‘Most members of staff want to work from home for one or two days a week. That’s OK with me. I have just appointed a new staff member for whom it was even a condition that she could work from home half the time. Fine, I’m interested in what you do, not where you do it. The hardest part will be the coordination. I’m assuming staff will do that themselves.’

‘We have three, who work part-time. They will have their own room, not an open space, because there are a lot of confidential conversations at the secretariat. They will have their own room with two workstations, so they will share their desks too. So will I as a professor, incidentally. Everyone has their own desk and room, but your desk must be cleared at the end of the day, so there will be lockers where you can put your stuff.’

I think this could be a model plan for other chair groups, but time will tell

Has everyone agreed to this?

‘There is one analyst who doesn’t want to share his workstation. He is close to retirement, so I’m letting him keep his own desk. A few PhD students didn’t like the idea of not always having a desk of their own, but they did agree to it.’

How will you check whether it’s working well?

‘By regularly discussing what’s going well and what isn’t. We must be honest about anything that doesn’t go to plan, too. The purpose of this pilot is to get experience of hybrid working and use that experience in further changes to Zodiac. I think this could be a model plan for other chair groups, but time will tell.’ 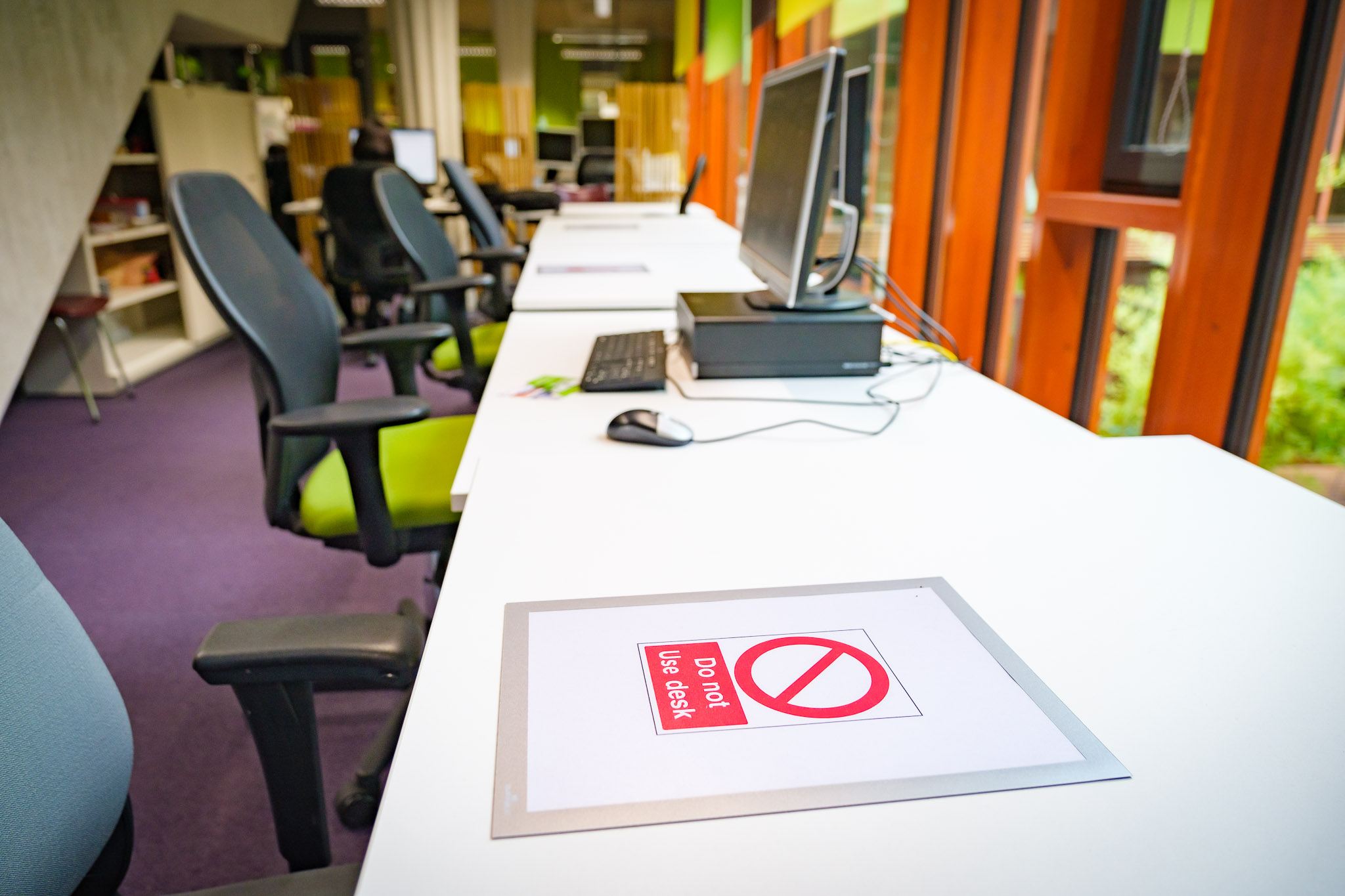 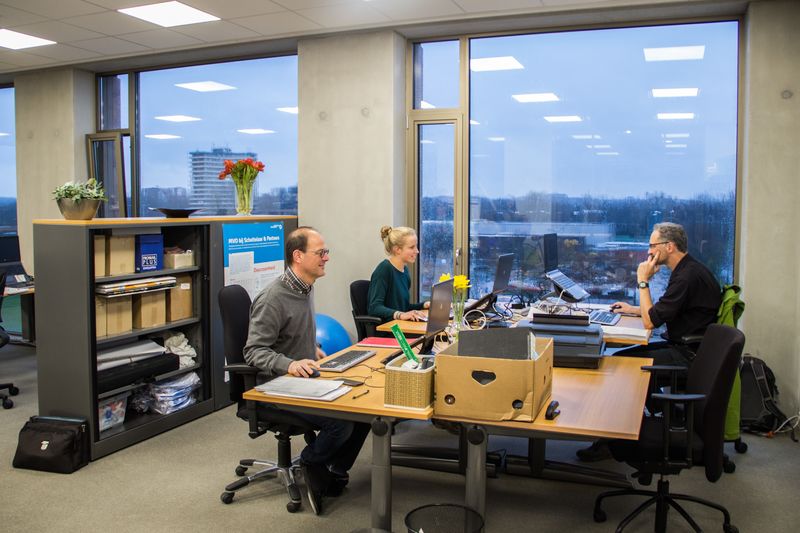 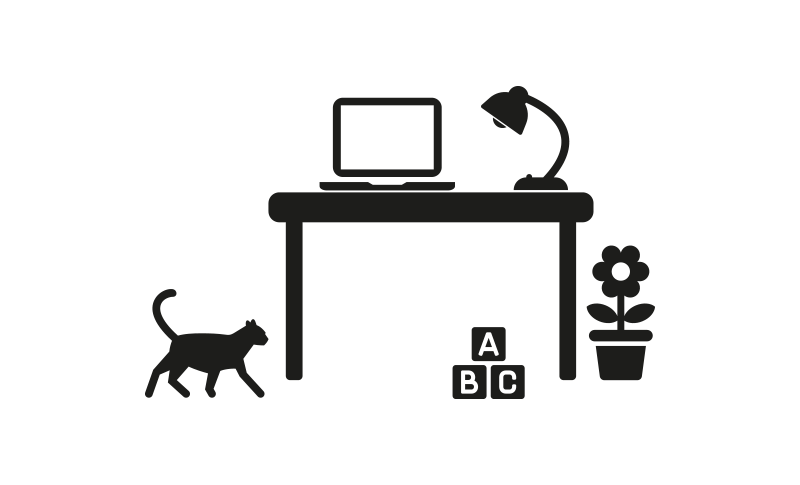