It is as busy as ever again on the roads and on campus. The car parks are full of cars and there are traffic jams at the roundabout at the end of the working day. In December, a student action group ran a campaign for a different use of the car parks. If Covid and activism don’t help, are parking charges the solution?

‘Encouraging people to come to work by bike or public transport is good, but it’s not an option for me. I live in Wellerlooi in northern Limburg, about an hour’s drive away. It would take me over two hours by public transport. I assume that public transport just isn’t an option for the people who come by car. So I don’t think there will suddenly be far fewer people coming by car if parking charges are introduced. Anyway, the current infrastructure already discourages coming by car. If you want to go home at five o’clock, you get stuck in a traffic jam on campus. I usually go home around four or after six, as then it’s manageable.’

‘We want a biodiverse and future-proof campus with space for living, meeting, research and study. Then we need to use space well. Currently, we have more than ten football fields of car park on campus. That space is not free. Why do we subsidize car use with free space for cars? Parking charges can encourage people to cycle or carpool more often. However, it is important that parking charges are combined with other measures, such as better public transport connections and central off-campus parking spaces. A good pair of rain-proof trousers can also work wonders. And the space that is freed up should be put to good use, e.g. for nature or housing. If we want a campus with fewer cars, parking charges and parking regulation in general are a good first step.’

‘As Green Office Wageningen, we are in favour of encouraging sustainable transport and of discouraging unsustainable ways of coming to campus. Parking charges fit in with that, so we are in favour of them. But we are aware of the implications this has for both the campus and the neighbourhoods around it. People are likely to park in the surrounding residential areas. This would not make the campus more sustainable, as the sum total of cars would remain the same. That can’t be the idea. If the municipality also started charging for parking in the surrounding residential areas, or restricted parking to local residents there, you would prevent this. The municipality would then have to enforce that. So parking charges on campus should only be introduced in consultation with the municipality.’

‘‘I am not pro-car, but parking charges would feel like a fine for coming to work. I don’t think it’s fair if I get a cut in salary, effectively, compared to someone with the same contract who happens to live in Wageningen. That said, the congestion on campus is frustrating. Sometimes I spend up to 15 minutes in the traffic jam to the roundabout before I get off campus. I sometimes wonder how many people really have to come to work by car. I live 55 kilometres from campus, and coming by public transport would take me three hours a day. I see more future in positive incentives like a relocation bonus if you move closer to the campus, though it is not realistic to expect everyone to be able to move within cycling distance. Besides, moving is not an obvious option if you’re on a temporary contract and during this housing crisis. And if we moved, my partner would then live further from his work and have to commute further. That won’t solve anything.’

‘WUR has an active sustainable mobility policy that encourages the use of public transport and bicycles and discourages the use of cars. The majority of WUR’s employees do come to the campus by bike or by public transport. WUR employees live all over the Netherlands and for some of them, the car is a more efficient means of transport. And WUR wants to serve them too. Parking charges aren’t compatible with that goal. Because the focus is still on public transport and cycling and because driving to work is discouraged, the approach is not to expand the parking facilities any further despite WUR’s substantial growth. Instead, WUR chooses to focus and work on alternative transport options and encourages those.’

‘I have nothing against car drivers but if we want to park cars in front of the door, that means no gardens, shadow or greenery welcoming us as we approach the buildings. What kind of campus do we want in Wageningen? We need to talk about that. But we can already start experimenting tomorrow. The top deck of the garage rarely gets used — only really when it’s raining a lot. We could divert a hundred drivers to the top deck and upgrade the parking spaces freed up by this to temporary green spaces. If it doesn’t work, we reverse it.’ 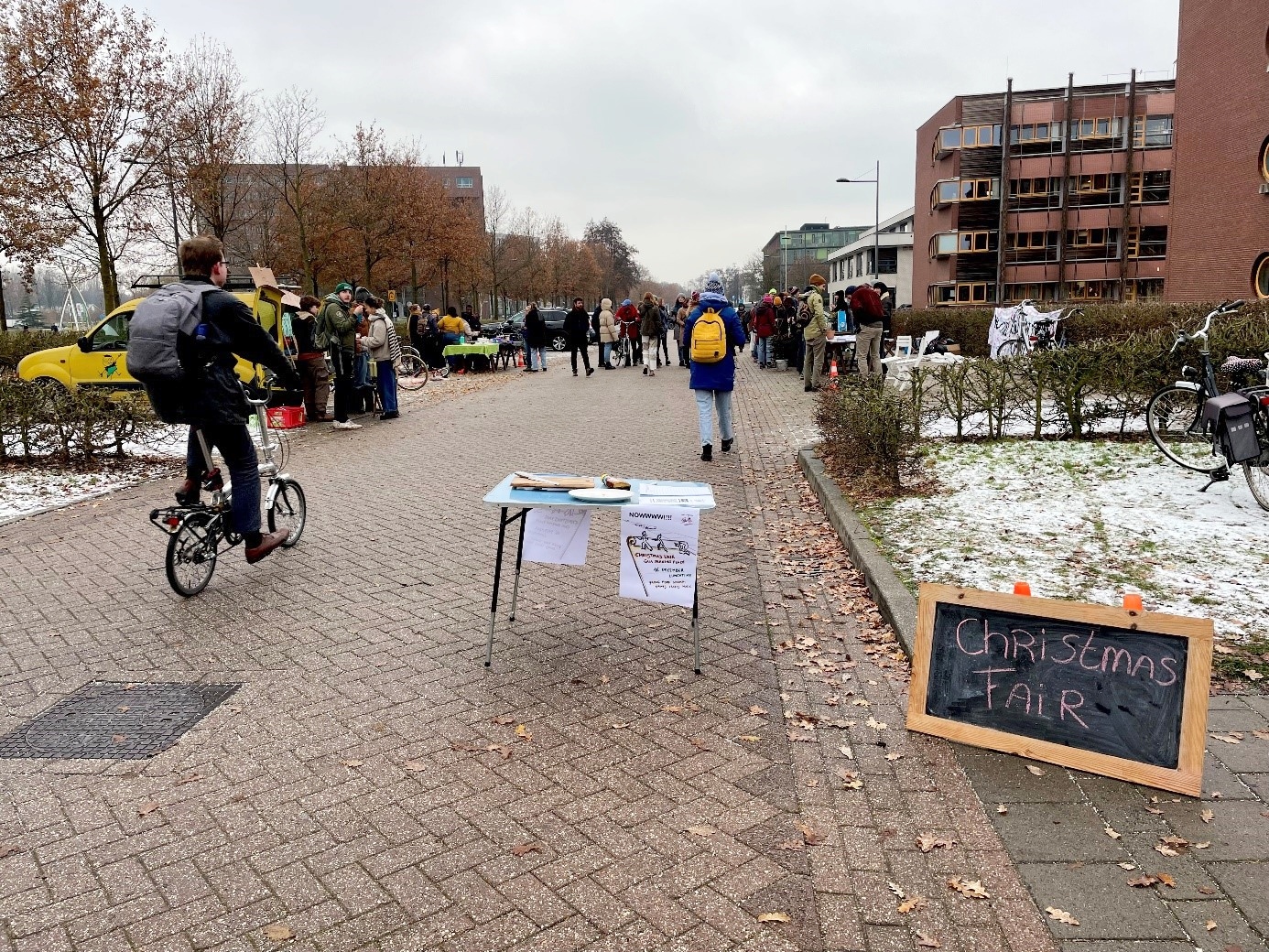 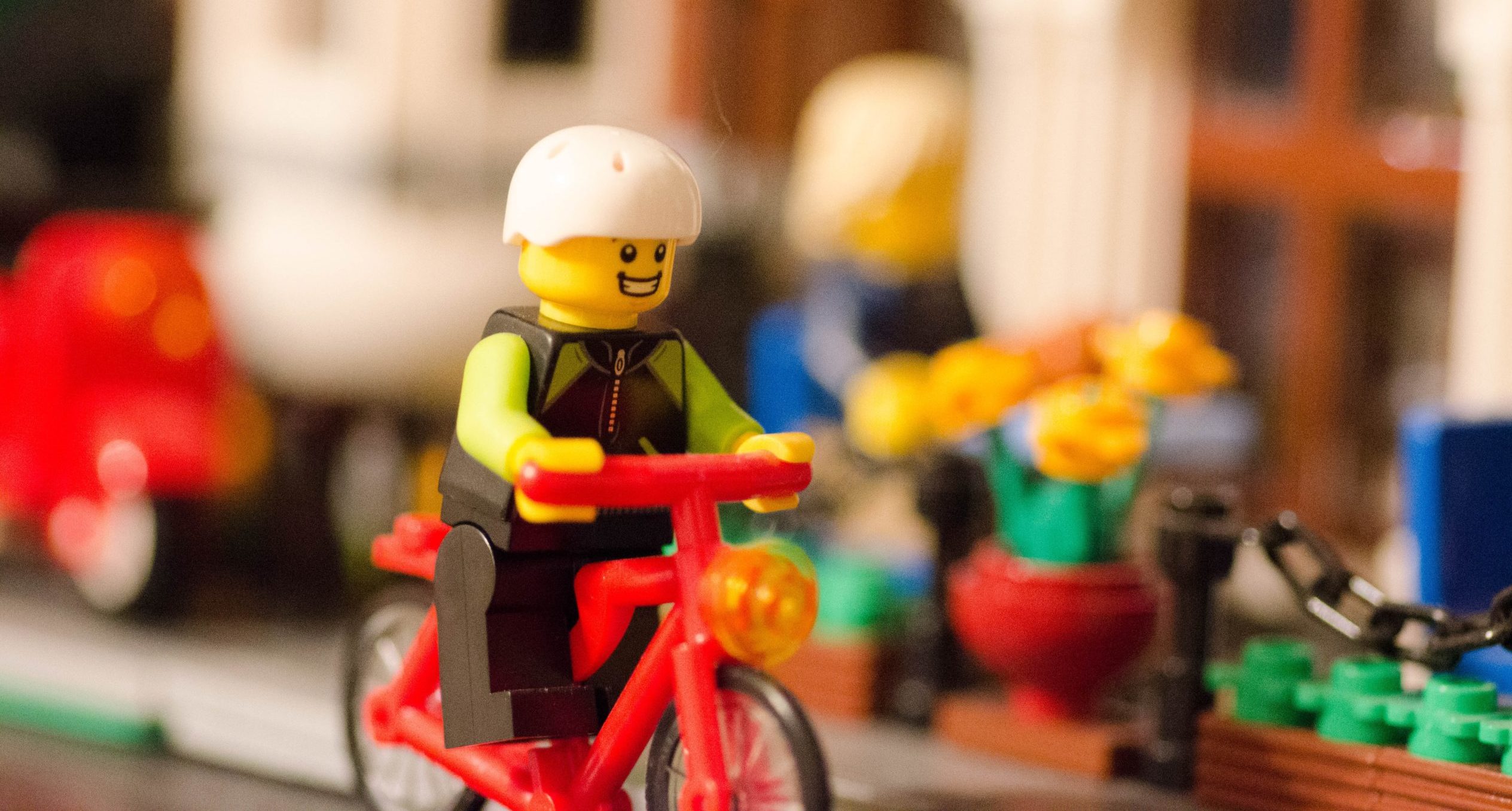 Survey about prioritization of cars on campus leads to new initiative