AID (the Annual Introduction Days) is nearly here and the students in the organizing committee are busy with the final details. They have spent a year thinking about what could be done differently compared to previous editions.

Students Job Esink and Joris Krol, both on the committee organizing this year’s AID, look ahead to the introduction days, which will start in about three weeks’ time. ‘We have spent a year thinking about what we want to do differently to previous committees,’ explains Esink. ‘Now we need to get that message across to the volunteers so even the people who have been doing this for years know exactly what we have in mind.’

One of the differences is that all the food at this year’s AID will be vegetarian, says Esink. ‘Last year, vegetarian was the default but you could still choose a flexitarian option. We noticed that the introduction weeks in a lot of other places were already fully vegetarian, so now we’re doing that too.’ Krol adds, ‘We won’t be offering any meat but of course we won’t be banning it either. You can still make a ham sandwich and eat it.’

This AID will also be paying more attention to personal safety. Krol: ‘Various activities have an escape room on this topic. And we will be starting the film evening with a film about consent, for example asking someone for permission before touching them. The mentor training also deals specifically with personal safety.’

AID will start on Friday 19 August. Traditionally, AID has started with an opening party or festival but here too the committee has opted for a different approach, explains Krol. ‘We will be setting up a kind of Biergarten (German-style beer garden) on festival grounds where you can get to know people in a relaxed atmosphere over a drink.’ So not a bombastic party. That was a deliberate choice, says Esink. ‘It often still feels a bit awkward that first evening. You don’t know one another and you’ve had a lot of new experiences. We think a sociable drinks event is a more appropriate option. It will go on to 23:00. Then the AID participants who are tired from all those new impressions can crawl into their beds while the party animals can keep going in the society houses.’

The Crazy 88, in which groups go around the town centre doing 88 weird and wonderful assignments, will also be different this year. ‘It will start Saturday morning with an assault course on Generaal Foulkesweg,’ says Krol enthusiastically. ‘AID participants do the assault course, which ends at SSR-W. From there they start what used to be the Crazy 88, but now it won’t necessarily be 88 tasks. But you still get to know the town.’

Monday evening will be a pub evening. Between 20:00 and 23:00, the groups get to know the local pubs and cafes. From 23:00 onwards, the AID participants are welcome at the student societies. ‘That will give you an impression of what a pub crawl is like,’ says Krol. Esink adds, ‘Not necessarily all-out partying, just having a drink and good conversations.’

AID will end with a festival on Wednesday 24 August. Students who are not taking part in AID can also buy tickets for this event. Tickets cost 7.50 euros and tokens for drinks are 1.65 euros. Krol: ‘Of course the AID participants get free admission.’

Students who fancy being an AID volunteer are out of luck, says Krol. ‘There is definitely no shortage of volunteers this year. Lots of students are enthusiastic about helping.’ Esink: ‘We’ve closed the registration as otherwise we would have too many.’

Registration for AID participants only closes on 29 July. ‘We now have around 2000 AID participants,’ says Krol. ‘We expect a surge at the end, which would take us up to about 2200 participants.’ Last year there were 2400 participants, but that was a summer when nothing was happening in terms of festivals because of Covid, says Krol. ‘Lots of people couldn’t go on holiday either. AID was the first party of the summer. Of course that’s quite different this year.’ 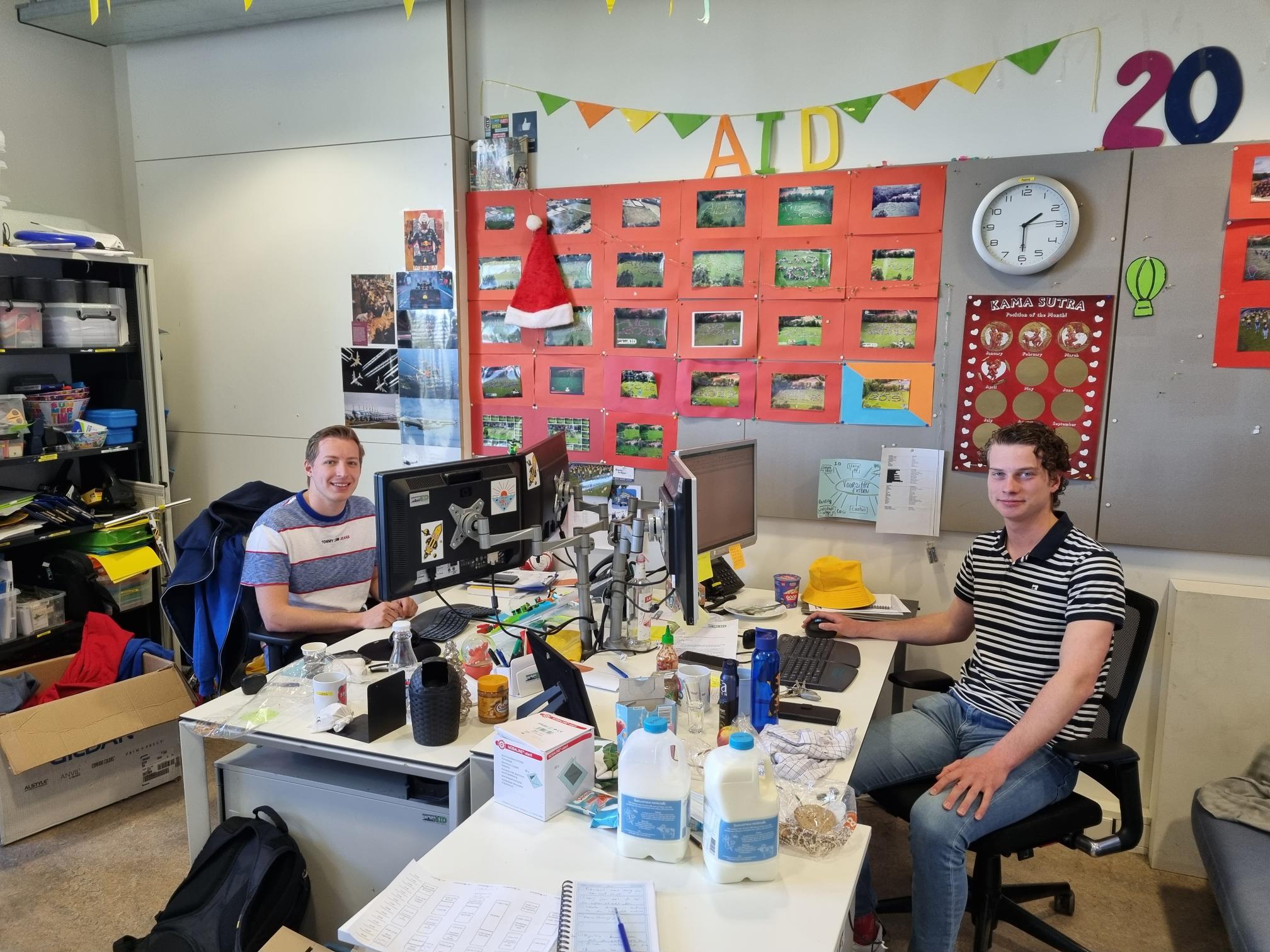 ‘One AID, six days of partying’ 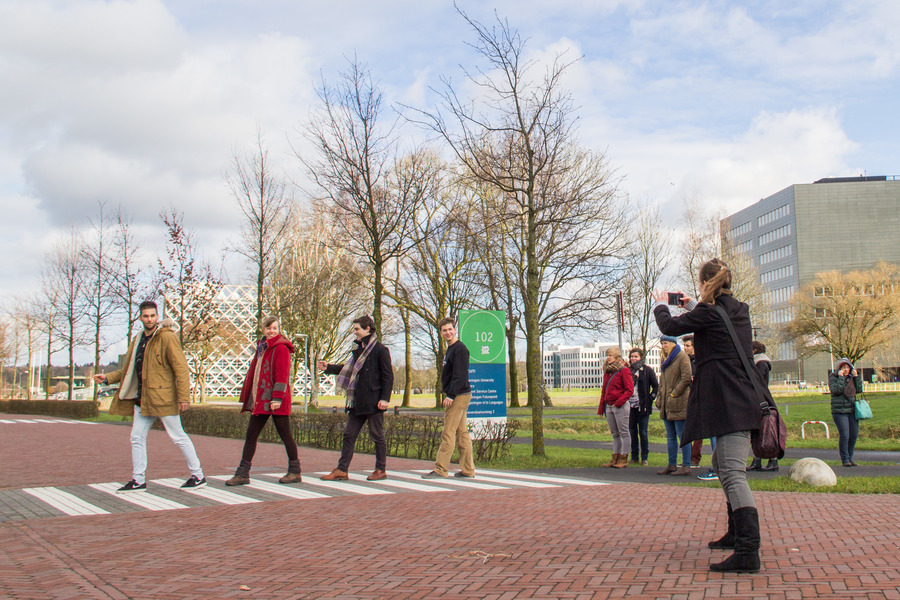 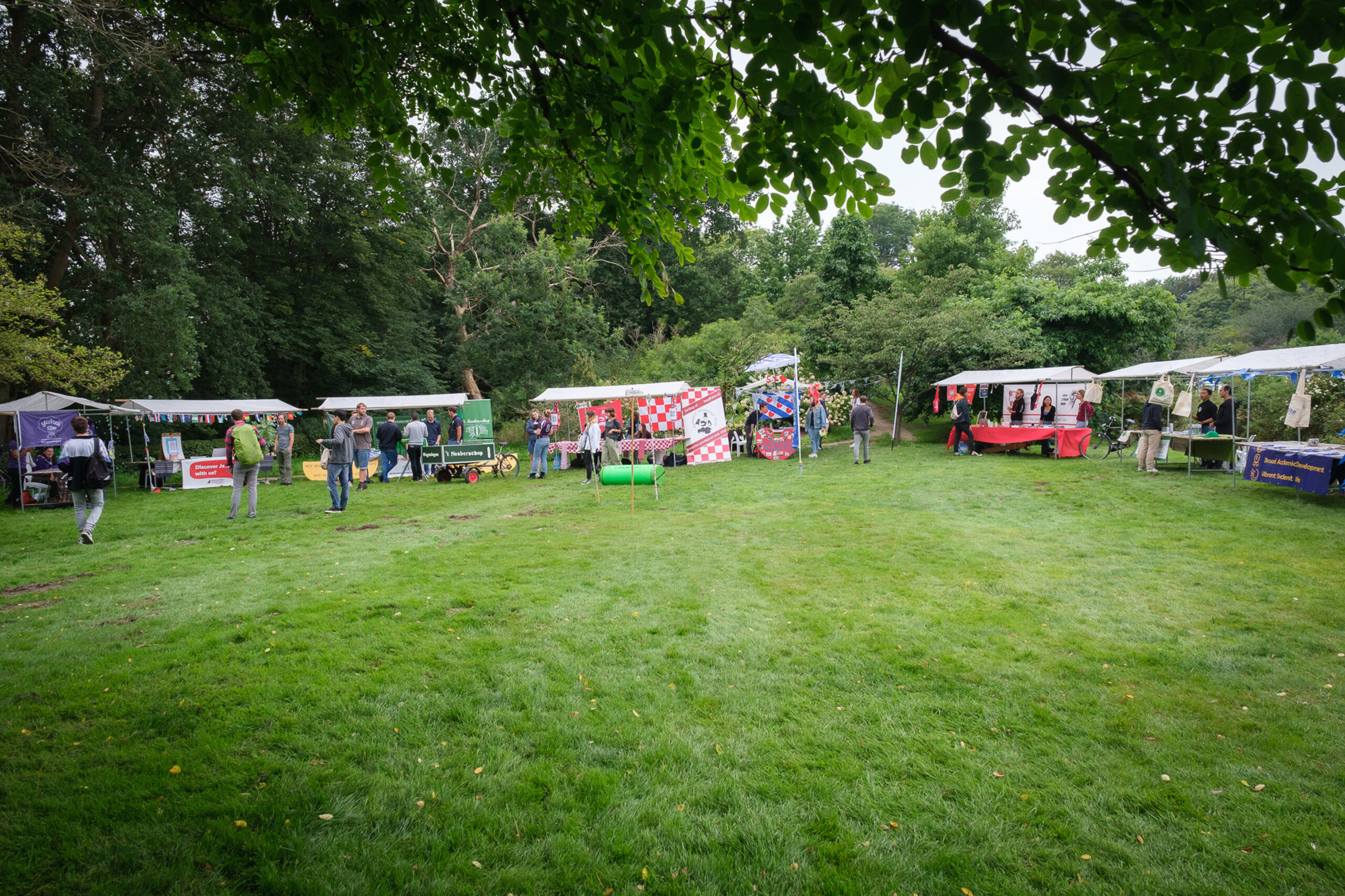