On Droevendaal experimental farm, students and graduates are developing a knowledge centre for food forests.

If you imagine it with the sound muted , it is idyllic. An orchard on a farm, full of apple and pear trees and the odd walnut. A row of tall oaks along the Kielekampsteeg, a watercourse and a couple of ponds. And hundreds of young trees: the new additions for a food forest in the making. But with the sound up, you are standing on a plot of land along the busy Mansholtlaan near Droevendaal experimental and teaching farm.
Lecturer Kees van Veluw (Farming Systems Ecology) has been using the orchard as a design location for the Master’s course in Ecological Design and Permaculture for many years. ‘A design method for agricultural systems based on natural processes,’ he explains. ‘As part of the course, students make their own design for that orchard.’ The impressive results prompted him to turn it into a project. ‘A project led by students right from the start. Education, research and experience all in one go.’

The first step was taken three years ago. Since then, the initiative has developed into the food forest in the making that you see today. The driving forces behind the forest are former students Louise van der Stok, Jordy van Eijk and Pablo van Neste, idealistic biologists. Van Neste, a study advisor for the BSc programme in Forestry and Nature Management, is happy to give a guided tour of the exactly one-hectare site.

It is certainly a commercial experiment as well

‘It looks simple,’ he says, pointing to the watercourse that has been dug. ‘But there is much more to it than digging a ditch. We apply the principle that each element has many different functions. The ditch not only provides drainage, but is also a source of water for animals, and crops and trees grow along it.’
‘The water also works like a mirror,’ he continues. ‘The bank is slightly warmer on one side than on the other. That is how you create niches for different plants. Nothing is standard here; it is all changeable complexity’. The vegetation plan makes use of this kind of gradation too. Van Neste: ‘Smaller vegetables on the south side, rising to tall trees on the north side. This is how you make maximum use of the sun.’

This multifunctionality also applies to the embankment along Mansholtlaan that was constructed in November last year. ‘Thanks to that embankment, you already hear a lot less of the noise,’ says Van Veluw. ‘But it also provides protection against fine particles and the cold northeast wind, so the frost doesn’t get the blossom anymore. The embankment also has several plateaus that capture the heat for different microclimates: figs and apricots, for example, will do very well.’
As far as species are concerned, the basis is indigenous species such as apples, pears, walnuts and hazelnuts. But there is also room for non-native high-yielding trees and shrubs. So in about 10 years’ time, there will also be mature Chinese mahogany trees (‘onion soup trees’) and Szechuan peppers – exotic species from China and other parts of the world. ‘In early spring, the leaves of the onion soup tree taste like French onion soup. That has a lot of potential. And the Szechuan pepper is very popular with top chefs.’
Commercial potential plays an important role in the choice of plants.

It seems simple, but there’s more to it than just digging a ditch

‘It is certainly a commercial experiment as well,’ agrees Van Neste. ‘We are looking at how you can set up a food forest so it becomes what is known as a community-supported agriculture model, in which the farmer is supported by a group of locals. In addition to production, there is also room for services such as workshops, training courses and providing a place to come for inspiration. I am in charge of the ecoliteracy programme: schoolchildren from Bennekom come to our site every week for lessons.’

But the trio’s plans go way beyond all this. They want Droevendaal Food Forest to become the hub of a kind of knowledge institute about food forests. Van Neste: ‘In the next three years, we want to set up a number of pilots elsewhere in the Netherlands, where the scientific foundation for food forests will be laid. In co-creation with farmers or landowners, young people will be given the opportunity to start up a business in a food forest. We want to monitor these forests, collect data and provide feedback to WUR and other institutions.’ The Regeneration Foundation has now been set up to carry out these ambitious plans.
What is needed for now is for the small stuff to grow fast. Anyone who wants to start a food forest needs to be in for the long haul. ‘Don’t expect too much of it to begin with, and hold on to the belief that things will work out eventually,’ says Van Neste. ‘But there are also strategies for short-term success. There is currently quite a lot of space between the young plants. You can grow vegetables there. That is a strategy for keeping your head above water.’
Meanwhile, the site is already becoming an attractive place for animals. ‘We recently spotted the blackthorn plover here,’ says Van Neste. ‘That is an endangered species on the Red List. Hares have been spotted here too. A forest ecosystem attracts many species. Even on a postage stamp like this one hectare.’ 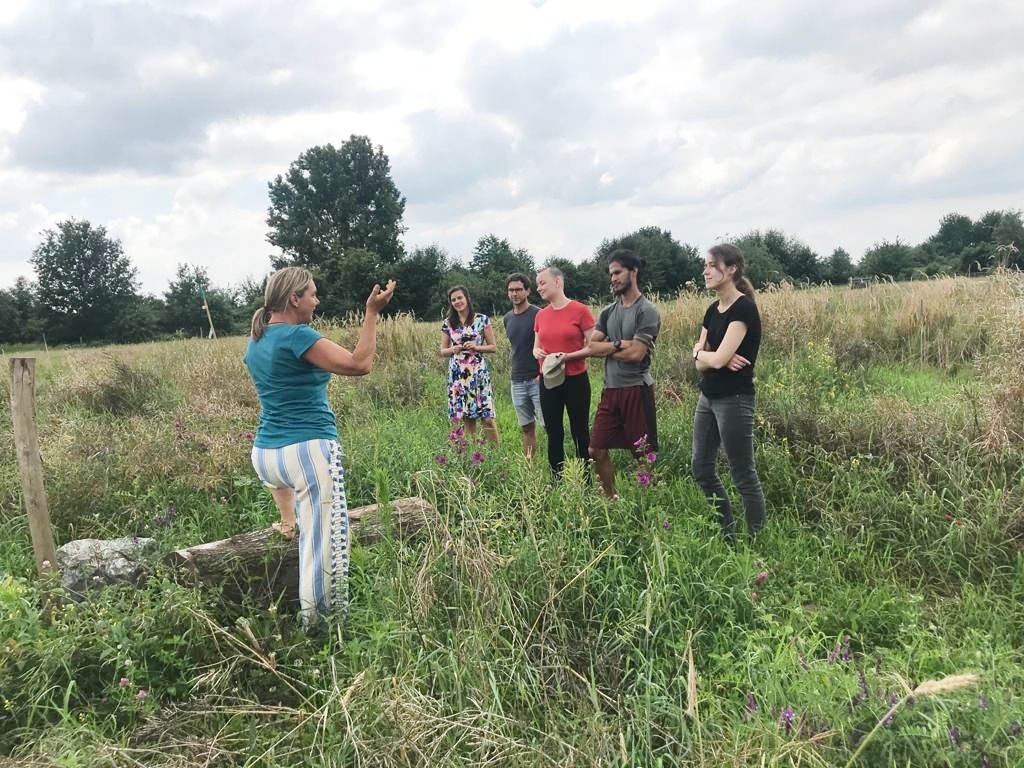 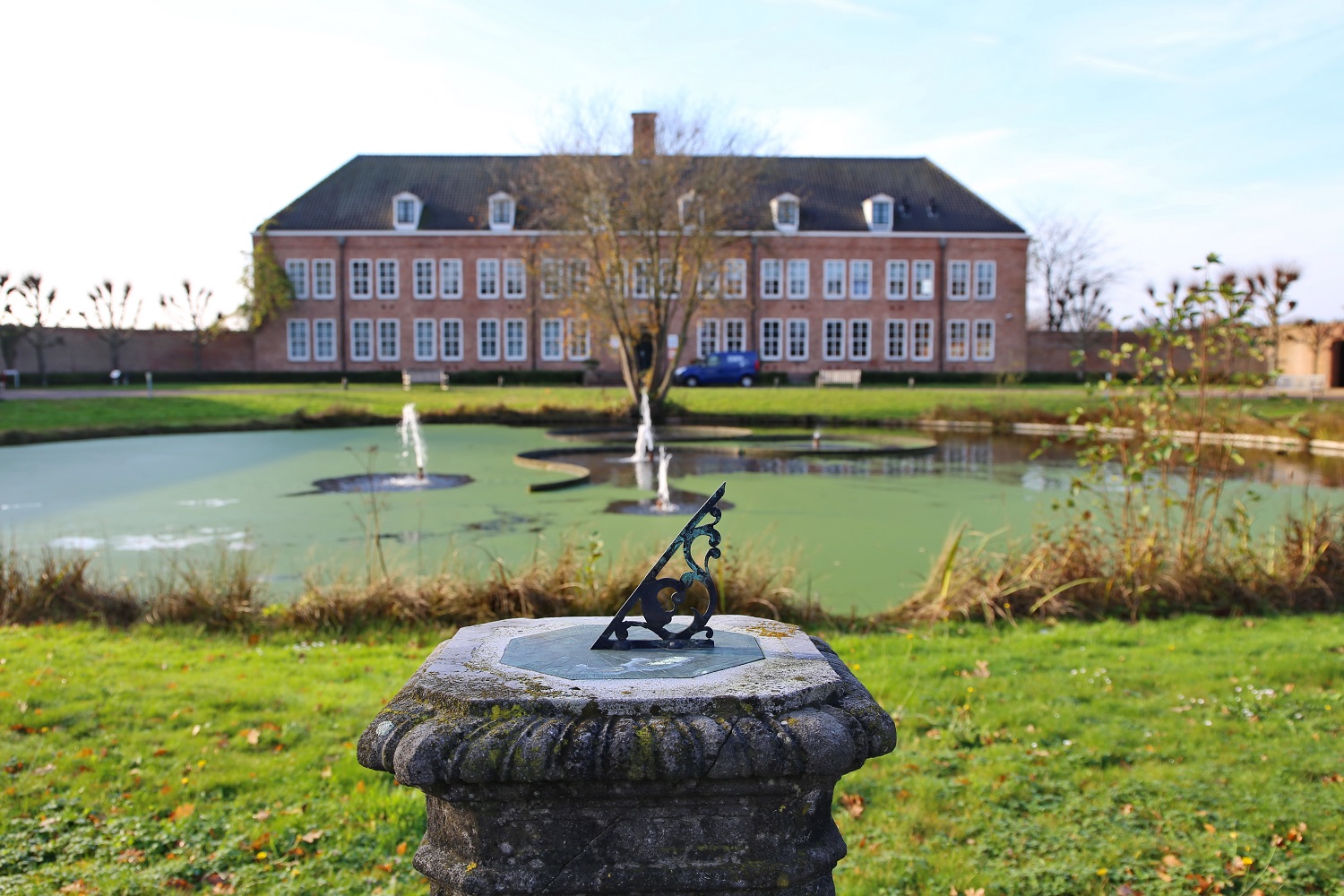