By six to eight species of Sedum, to be precise. Or so promises the producer, Sempergreen. That is the number of species of Sedum in the Sedum mix mat being used on the roof of Omnia. It’ll be interesting to see what kind of display of colour that produces in the spring. One thing is certain: it will be visible. Quite a bit of the roof is slanted and visible from the ground.

Omnia (formerly the Dialogue Centre) is the second roof (after Lumen) on the campus to be greened in this way. And it measures a quarter of a hectare (2650 square metres), so it can host a fair number of foraging insects in the flowering season. The roof will also provide insulation against both cold and heat, partly thanks to the moisture-regulating properties of vegetation, which will cause the roof to retain moisture.

The green mat consists of three layers. The bottom layer looks like a thin feather mattress, and it transports excess water to the gutters. Above the mattress is an insulation layer that absorbs and retains that water. This layer functions as a buffer. On top of that stand the plants in a special substrate. The green mat is generally low-maintenance but will need some watering during a drought.

It takes nearly three weeks to lay the green mat. The contractor, Berghege, is hard at work inside the building to get it finished on schedule at the beginning of March. The official opening is planned for 1 May. 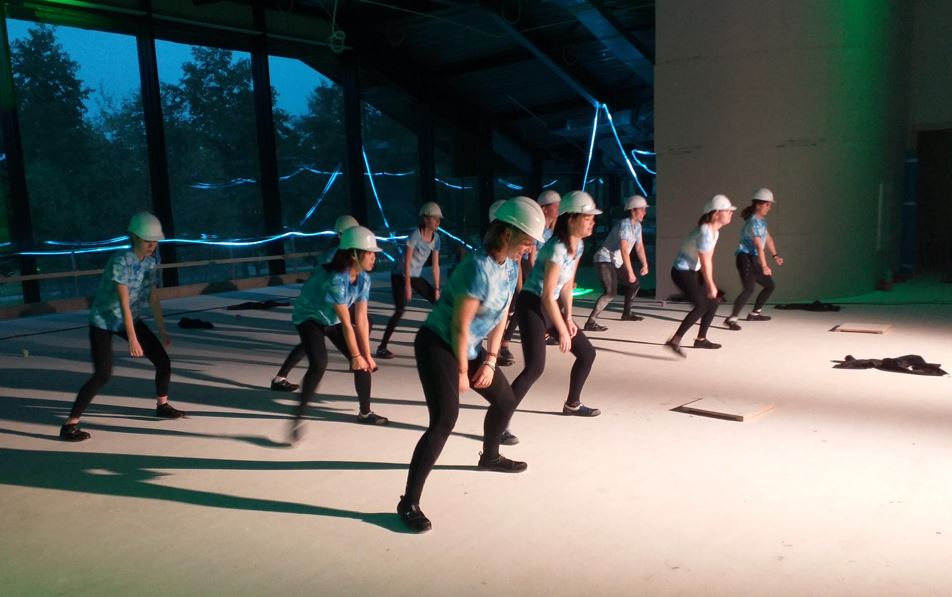 In the picture: Dance on construction site 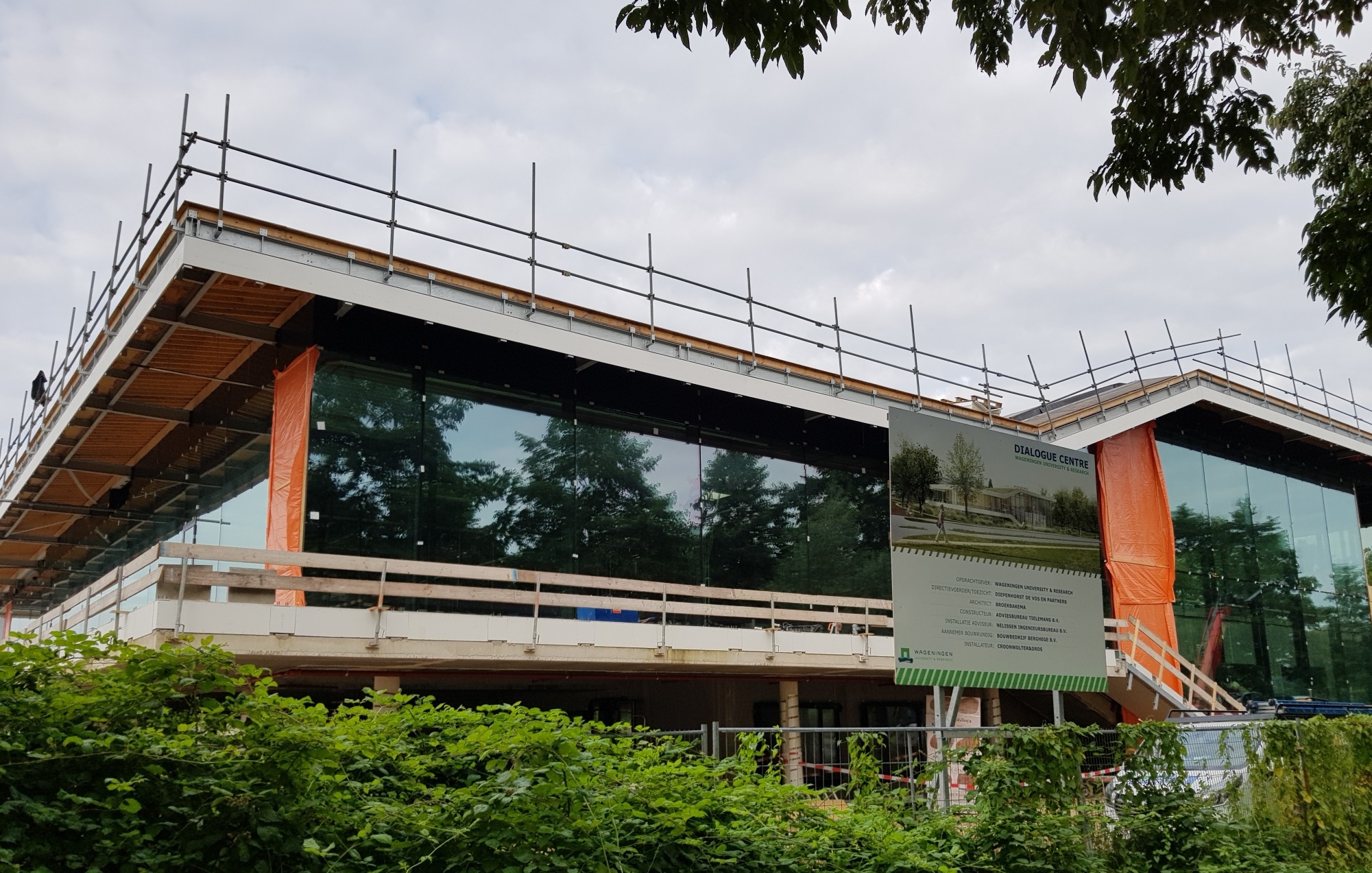 Dialogue Centre to be named Omnia 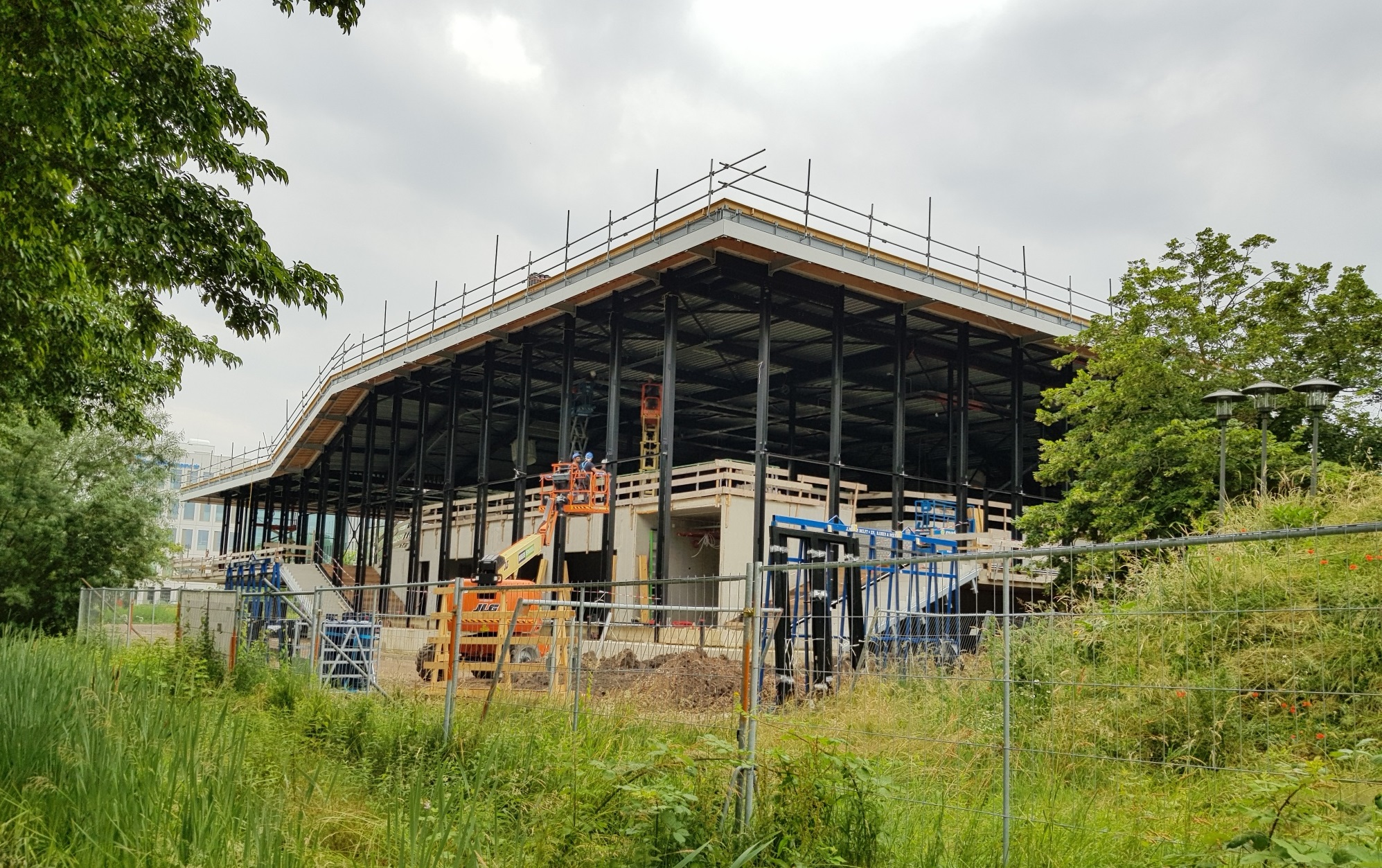 Back to the drawing board