Judith: ‘The house was built in 1905 as a girls’ school. It stood empty for years, was a squat for a while and was then bought for a symbolic sum by a foundation. We are under the same roof as Emmaus (a charity shop, ed.), Shout (LHBTQ+ association, ed.), a theatre, a screen-printing workshop and a bicycle repair shop.

H15 and B5 are really two houses with adjacent living rooms. H15 used to be women only, and B5 was men only. The idea was that men who live in a mixed house never learn to cook and clean. But the residents of the two houses popped next door a lot via the balcony. In the end they just had a door made between the living rooms. Now we do so much together that for practical purposes we are one big house.’

Julian: ‘If someone who wants to live here comes for a visit, there are two interviews: one in our living room, and one in B5. If you mess up at our place, you get a second chance next door.

It is dangerous to be so close to Emmaus. Our house is brim full of Emmaus stuff. We don’t just buy things, we often get them out of their bin too. It’s a pity to throw them out. Some people call us the Emmaus museum. Because the house is so full, we easily lose things. There’s not much point in looking for them; you’re better off waiting for them to reappear. The house gives, and the house takes away, is what we always say.’

Judith: ‘Not long ago, a pair of jeans suddenly appeared here. No idea whose it was, so we handed it in at Emmaus.

The opposite sometimes happens too. We baked a banana cake once, a really big one. Not something one person could polish off on their own. The next day it had vanished, and we never found out who took it. We even interrogated former housemates.’

Julian: Can we put out an appeal here? Who stole our banana cake? We would really like to know!’

If you too want your UNIque house in Resource, send an email to resource@wur.nl. 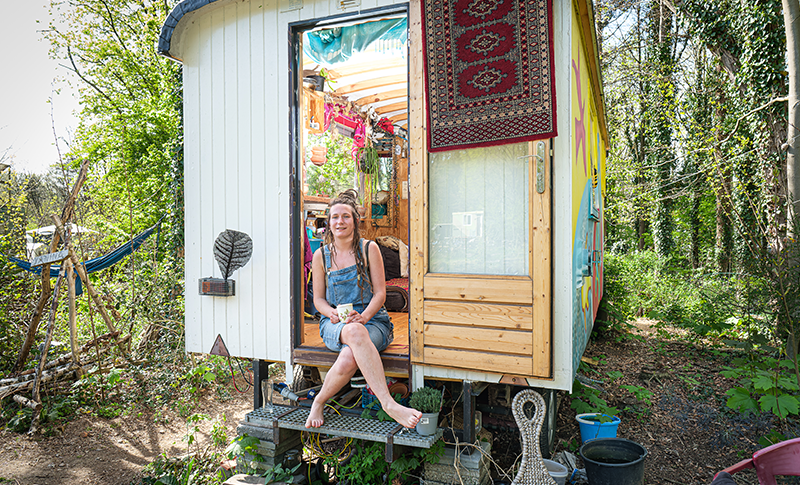 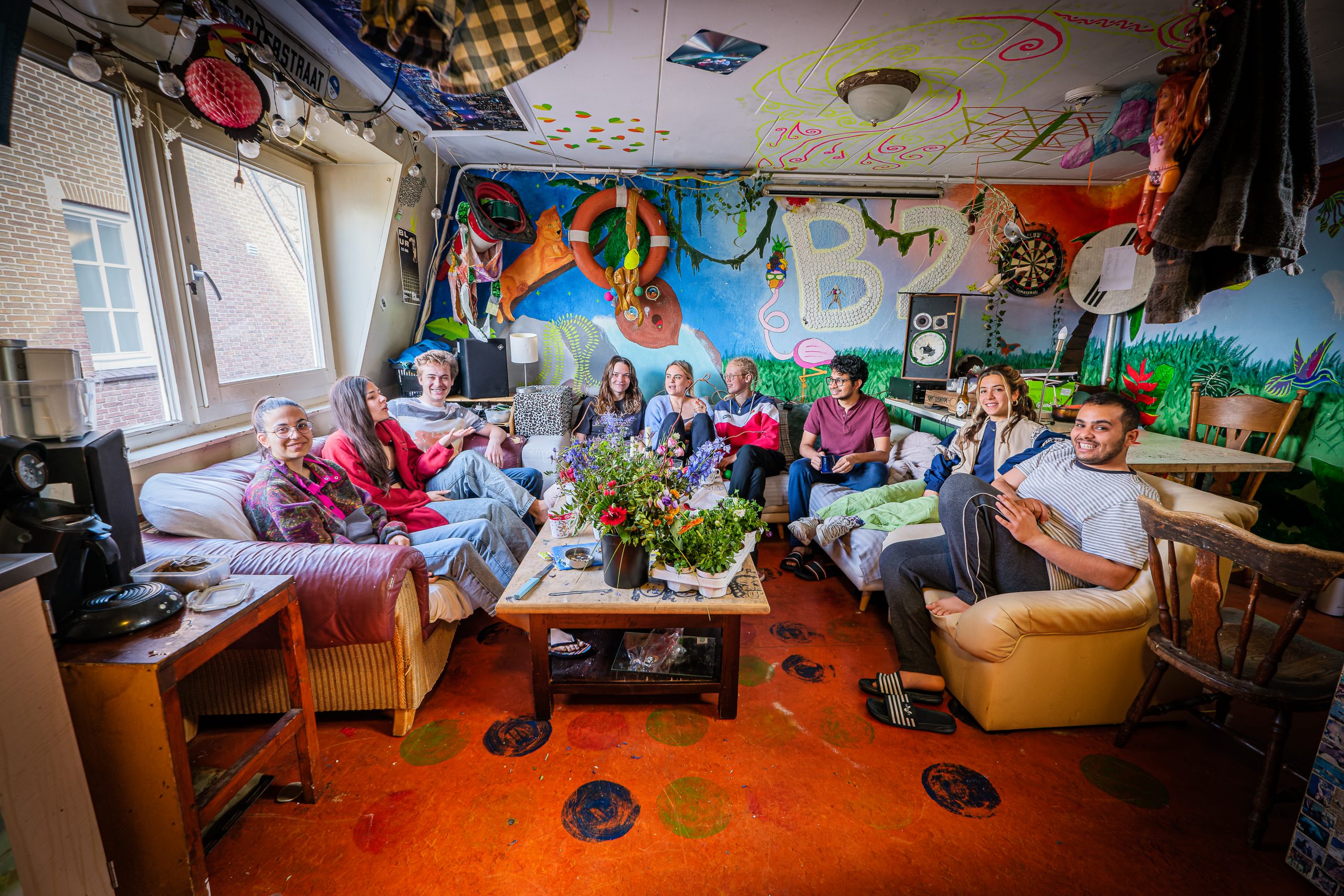 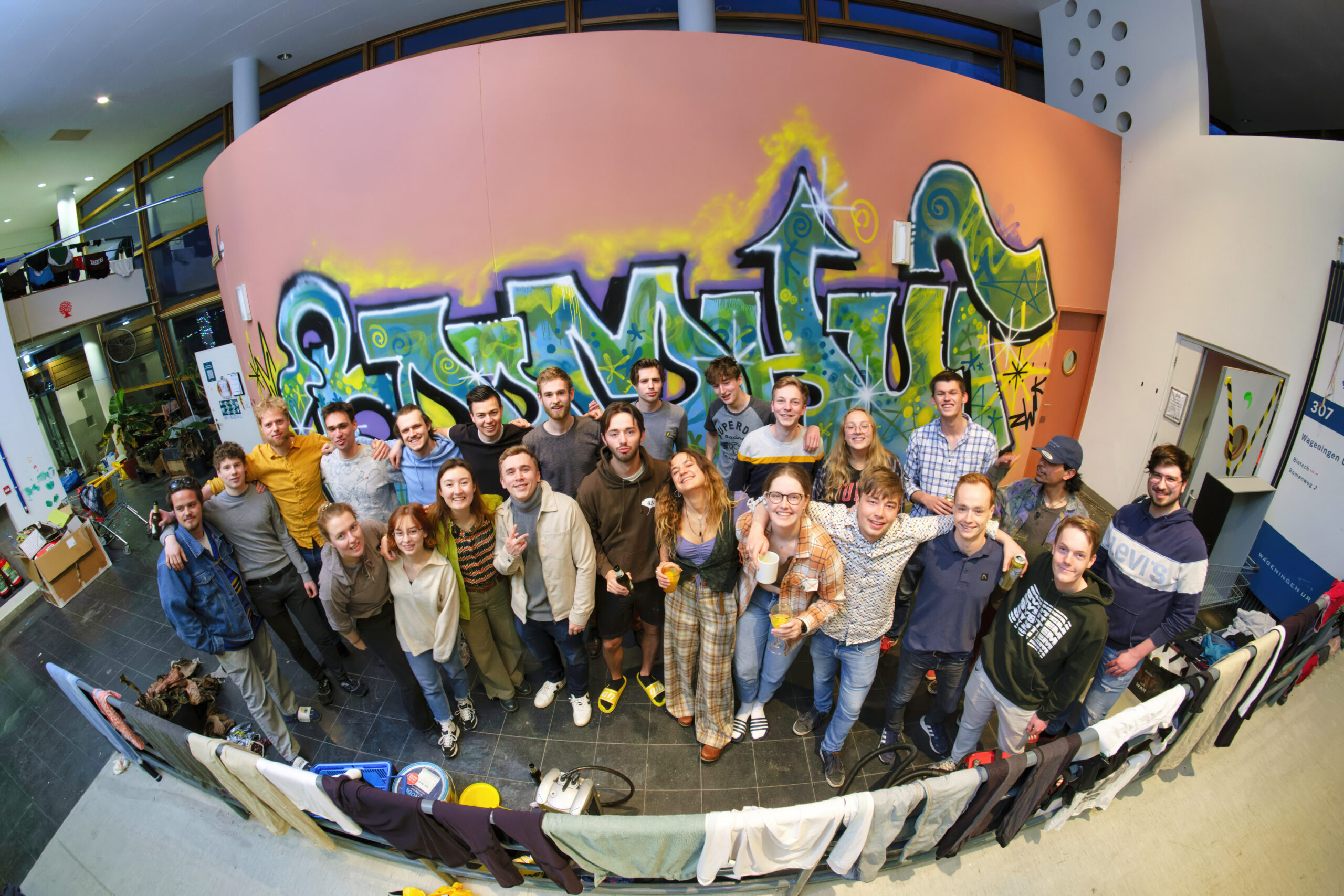