On 19 December, all countries (except Congo DRC) adopted the Global Biodiversity Framework at the COP15 UN Biodiversity Conference in Montreal. The goal is to protect 30 per cent of the Earth’s land and water surface by 2030. The fact that agreement recognises the important role of indigenous people with regard to that goal is noteworthy. Bas Verschuuren, associate professor of Forest and Nature Conservation Policy is nevertheless critical.

‘The Global Biodiversity Framework recognises the rights of indigenous people and local communities, but their territories have not been given legal standing. The treaty is legally valid and binding but it nevertheless remains difficult for indigenous people to protect their territory. Through the Biodiversity Framework, they wanted to arrange for their territories to be given a separate legal status and be controlled by them. That still proved a bridge too far for this agreement.’

‘Some indigenous people set up their own surveillance, but how long can they sustain it if the root causes of the degradation of their territories are not addressed? I think that is the biggest shortcoming of this COP: that no policy has been put in place to deal with the big companies that cause biodiversity loss, such as livestock farming and mining.’

‘Indigenous people’s territories cover almost 30 per cent of all land on Earth, enough to meet target 3: Protect 30 per cent of the Earth’s land and water surface by 2030. Canada, as the host of the COP, has allocated a large amount of money to set up this group of protected areas. They have been working on that for some time. In 2010, I collaborated with Tla-o-qui-aht people on a tribal park. I think construction projects like this will become more common. However, the indigenous protected areas fall under a broad definition of protected areas and are therefore not given legal status. Moreover, while indigenous people are recognised as the most effective conservationists, they are not receiving the funding associated with that yet.’ 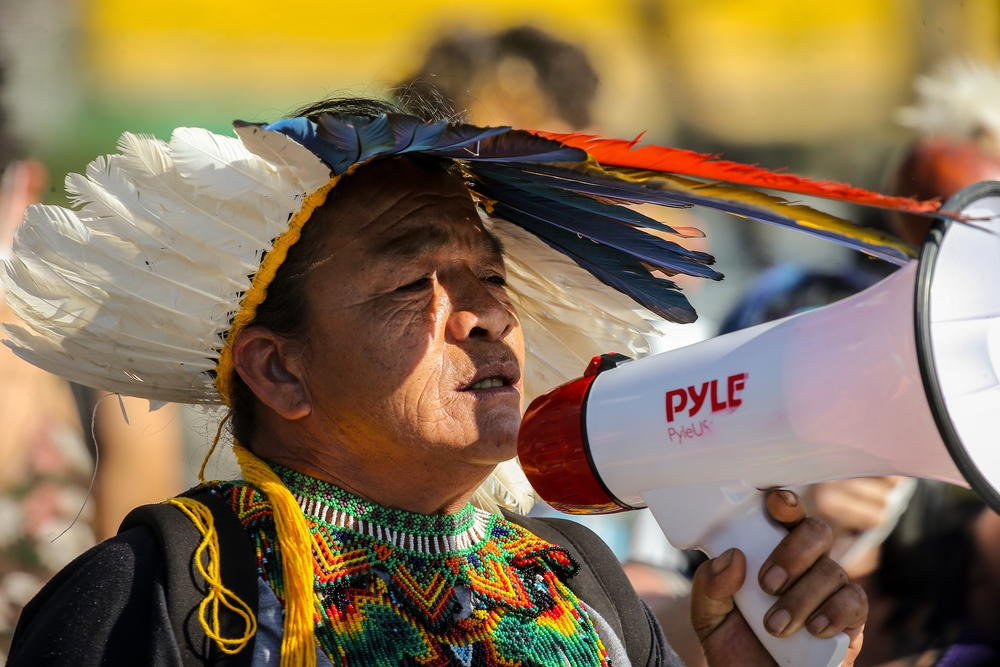 Hoping for a ‘Paris moment’ for biodiversity