‘I don’t know if I will cry over it,’ says beadle Renata Michel after some thought. ‘But I do have strong feelings about this building.’ ‘They’re mixed feelings,’ adds her colleague, Lily Kroon. ‘The link with the town will be lost. We are moving to Omnia, a new building on campus. It’s not that new is either better or worse, but it is different. This is the last university building in town and I think that’s a pity.’

‘I’m a real WUR kid,’ Michel continues. ‘My father was an amanuensis at Entomology, and my mother worked at Stiboka, which later became the Staring Centre and now Alterra. I grew up with this Aula. I can still see my father sitting in his regular spot up there in the gallery. My mother prepared the theses at the printer’s. And I eventually became a beadle. How nice is that?’

The building has charm and character

She has been working as a beadle for 16 years. Since 2006, there have been over 4000 PhD defence ceremonies. Of course, she didn’t preside over all of them herself. But she was at a lot of them, as well as many inaugurations, farewells and graduation ceremonies. However, the very first ceremony in the building took place well before that time. On 5 April 1935, to be precise, when the building was officially opened by Queen Wilhelmina.

The queen was really unwrapping a gift that had been presented nine years previously. On 15 September 1926, former minister Folkert Posthuma, who chaired the executive committee for the commemoration of Wageningen’s 50th anniversary, gave the agricultural college an auditorium. It was then exactly 50 years since the National College for Agriculture, Horticulture and Forestry had been founded in Wageningen. That college was the direct predecessor of the current university, which was founded in 1918 as the Agricultural College. And the college could do with a showpiece building: that was the idea behind the donation of the Aula.

That it took nine years before the auditorium was actually built was due to disagreements about the design and the location. A competition was held for the design, which was won by the Haarlem architect Henry Timo Zwiers. But his design, Hoe ‘t groeide (How it grew), was never built because the municipality was opposed to it. A second design was eventually approved. Construction began in 1933 and two years later the university had its showpiece.

But who were the generous donors? The story goes that the building was mainly paid for by former students of tropical forestry who had made their fortunes in the colonies. They collected 55,000 guilders to express their gratitude for their education. The stained-glass windows at the front bearing the coats of arms of Batavia and Suriname are a silent witness to their role, and make the auditorium a piece of colonial heritage.

‘Can I name two?’ asks Lily Kroon when asked about her favourite part of the Aula. ‘The Small Auditorium, when those portraits of the rectors were still hanging there. I was always so proud of that hall. And the stage of the main hall. You have such a good view there of the sun-shaped clock at the other end and through the windows to the outside world. That picture as a whole. It always feels good to be there.’ ‘I like the spaciousness of the room,’ adds Renata Michel. ‘It is not extremely large, but it is high and it has a real atmosphere. And it’s nice to work here, even though it’s draughty in the winter and it gets very hot in the summer. It has charm and character.’

‘The building has history too,’ says Kroon. ‘A lot of the people who come here think that’s fantastic. Grandpas and grandmas come along to Master’s degree ceremonies. And of course everyone knows that the Aula played a big role in the ending of the Second World War.’* Michel: ‘Quite a few tourists ask if they can take a look inside too. They are very interested in its history. Of course, this is and will always be a very remarkable building.’

I’m sure things will be good in Omnia too

But the beadles agree that you have to look ahead as well. Michel: ‘What’s that saying, again? “There’s a reason why your windshield is bigger than your rear-view mirror.” We’ve got to move on. We are going to a new, big and beautiful building and I’m sure things will be good there too. And we have each other. It will be different, that’s all.’

Cinema
The Aula will become part of the new Heerenstraat Theater. ‘So the main hall will become a cinema auditorium,’ says project coordinator Sandra Labree of architectural heritage developer BOEi. ‘We are preserving as much of the building as possible. The idea is to turn the gallery where the organ is into an upper circle, and that’s where the projector will be too. It is not yet clear whether the organ will be kept. All the fixtures, like the plaques, will stay. The portraits of professors will go to Omnia. The Small Auditorium will become a kind of Wageningen Experience, where a 10-15-minute film will show visitors what the city has to offer. Paying a lot of attention to its history, the war and WUR, of course.’

The Aula is a thing of the past 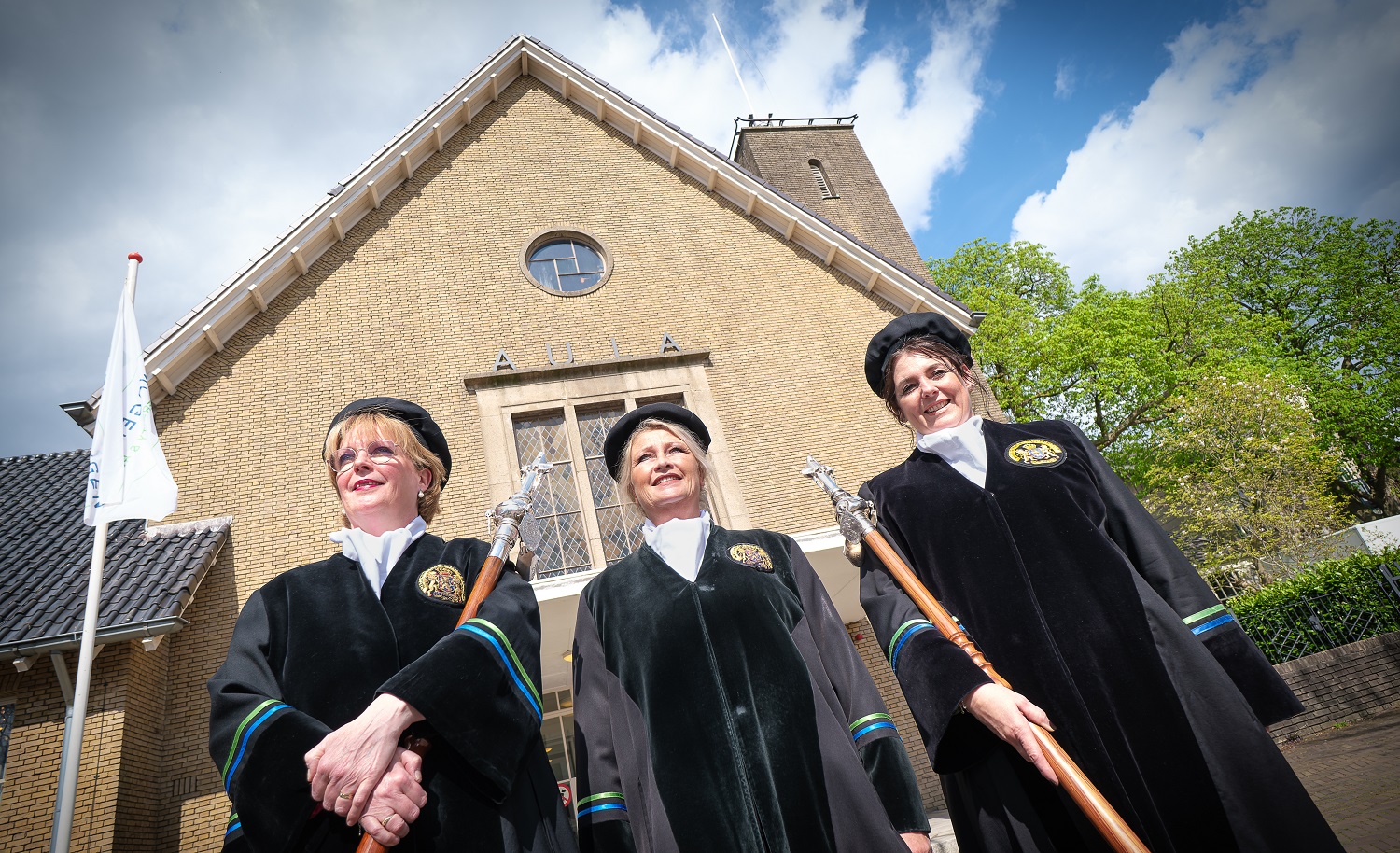 Aula against all odds 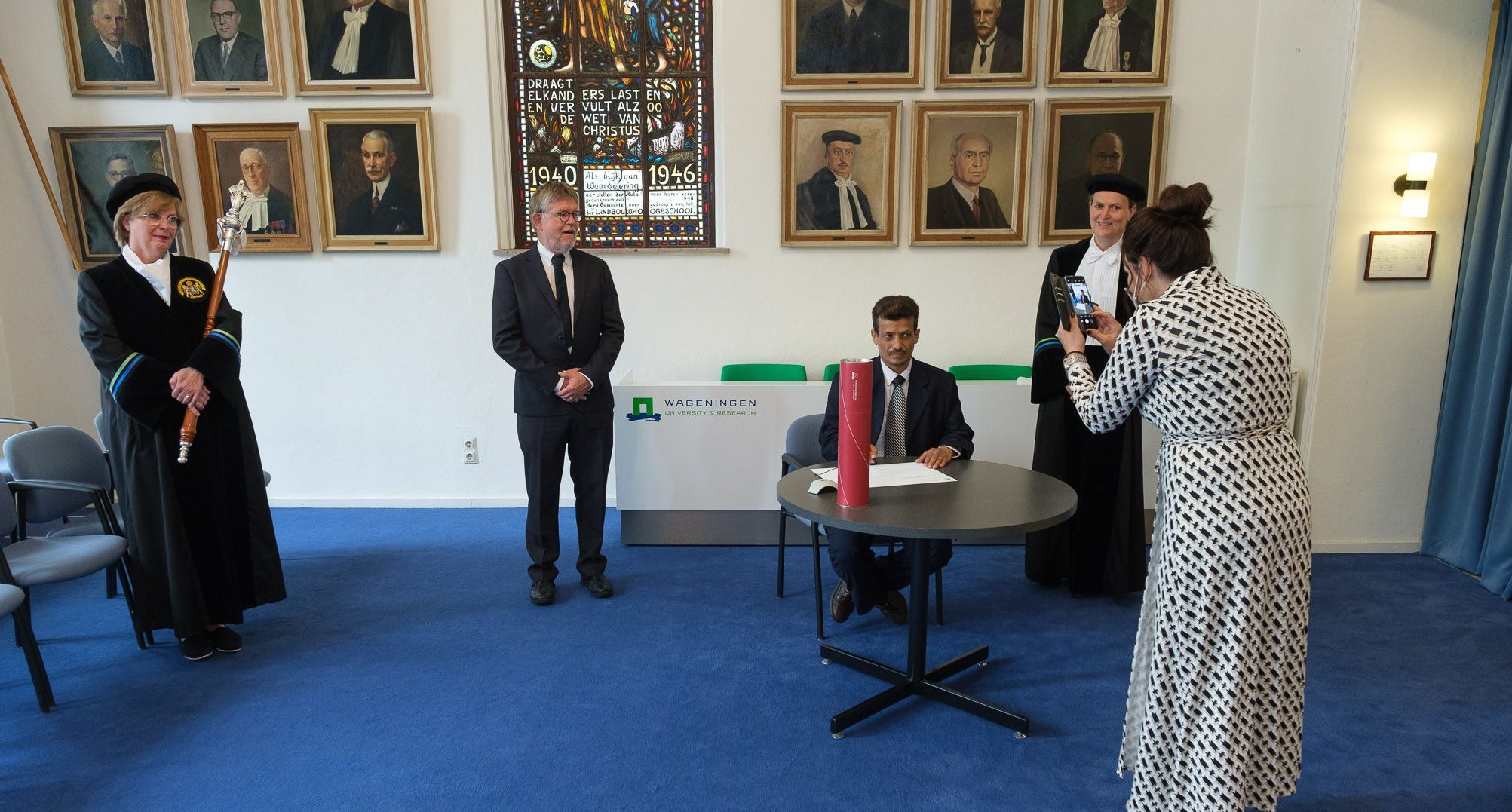 PhD defence online, but with a ceremony