The American parasitic wasp Muscidifurax uniraptor has given a whole new meaning to the slogan ‘girl power’. Its species consists almost entirely of females.

A symbiotic bacterium in its reproductive organs causes unfertilized eggs to hatch into females without the aid of a male or its sperm. The underlying mechanism is less complex than hitherto believed, concluded entomologist Yidong Wang during his PhD research.

The sex of the miniscule parasitic wasp is not determined by sex chromosomes as it is in humans, but by the number of chromosomes in a cell. The males have a single set of chromosomes in every cell, while the females carry a double set. Scientists used to believe that the bacterium in the parasitic wasp, Wolbachia, used a range of signals to cause unfertilized eggs to hatch into females, as happens in other parasitic wasps. But in this particular species it uses just one trick: doubling the genetic material in the egg.

Even if they wanted to, a male and a female of this species don’t get any offspring through sexual reproduction

Wang demonstrated this with a female parasitic wasp bred in the lab, which carried not two but three copies of every chromosome. ‘Some of her unfertilized eggs contain a single set of chromosomes, and others two,’ explains Wang. Those eggs hatched into males and females respectively. The entomologist concluded that the number of chromosome pairs was the only determining factor, and that the bacterium didn’t have to give off any further signals.

The bacterium intervenes just after meiosis takes place, the division of chromosome pairs to create egg cells. Through a mechanism yet to be identified, the bacterium causes two chromosome sets to fuse, and the egg subsequently hatches into a female wasp. The bacterium has good reason for this, says Wang. ‘Unlike the females, the males don’t pass the bacterium on to their offspring.’ So, the bacterium’s chances of survival are greater if the females outnumber the males.

The parasitic wasp species has adapted to symbiosis with the bacterium, and to asexual reproduction. The sperm cells of the male parasitic wasps – which are still born sporadically – are not viable, and the females show no interest in the males. What is more, an organ in the females for storing sperm does not work well. ‘Even if they wanted to, a male and a female of this species don’t get any offspring through sexual reproduction. The wasp needs the bacterium to survive,’ says Wang.

Yidong Wang graduated with a PhD on 5 October. His supervisors were Marcel Dicke and Eveline Verhulst. 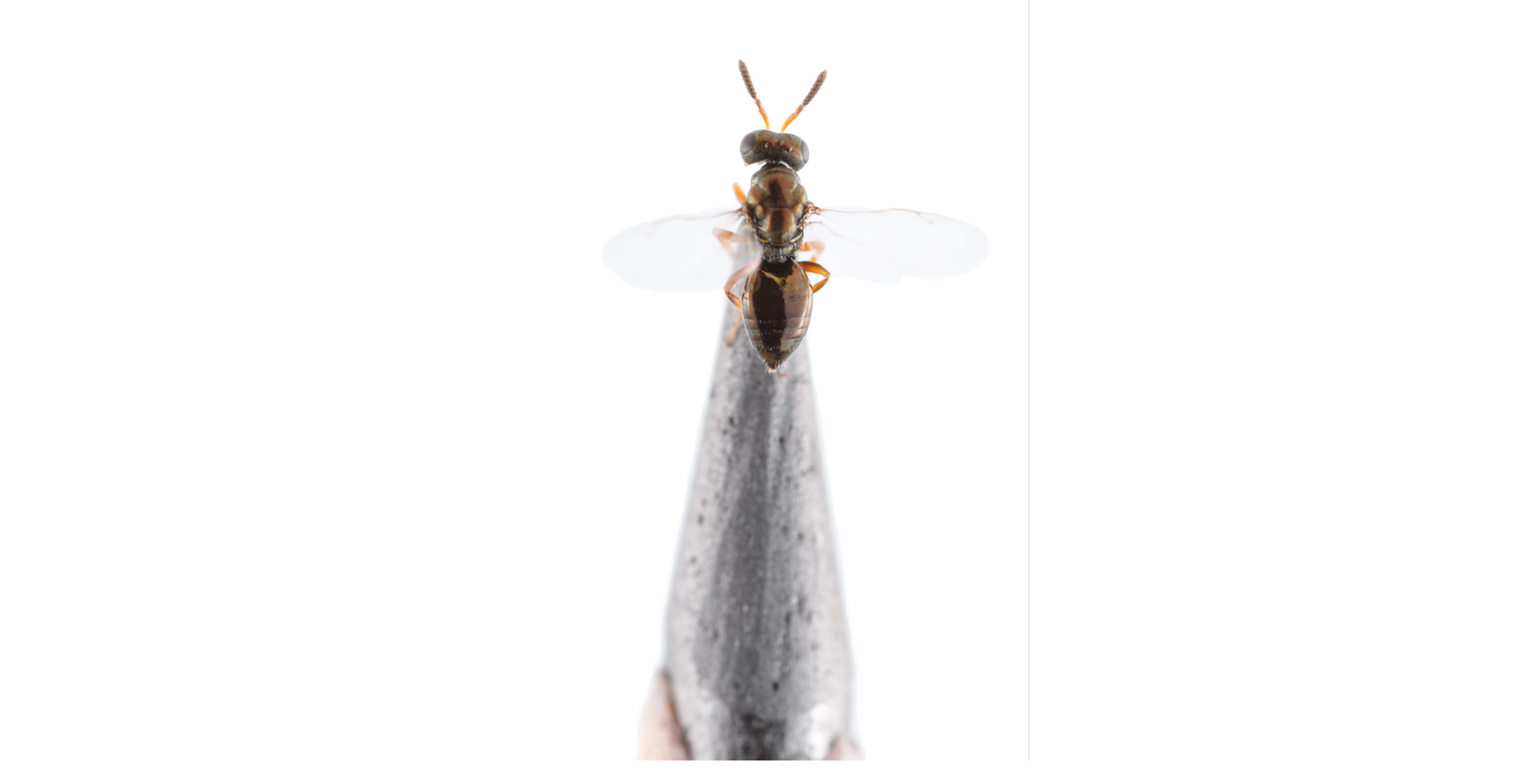 Riddle of the parasitic wasp solved