After a journey of nearly 500 million kilometres, NASA’s space rover Perseverance landed successfully on Mars in February.  Resource asked WUR scientists Wieger Wamelink and Lammert Kooistra what this means for them, given that their research focuses not just on Earth but also on outer space.

Space agriculturalist Wamelink is doing research in the greenhouses of the Nergena building on how we could grow vegetables on the moon and on Mars. Wamelink, who can be recognized by his Mars mugs and t-shirts: ‘We help life on Earth this way too. Because we are facing an enormous future challenge here: a shortage of food. The soil on Mars is very similar to our desert soil. One of the things I study is how you can grow vegetables even on poor soils and under harsh conditions.’

According to remote sensing specialist Lammert Kooistra (who analyses satellite and drone images), the technologies that come out of space research are what makes it promising for his field. ‘Take satellites, for example. We use them to monitor all kinds of things here on Earth – climate change, biodiversity, plant health. Space research plays an important role in developing the technology.’

Learning from the rover

The implications of the Mars rover Perseverance for his research are hugely promising, thinks Kooistra. ‘Here in Wageningen we are working on robots that are quite like Perseverance. We want to use those robots to analyse plants on Earth, even in inaccessible places. A robot like that has got to be robust and able to function autonomously to some extent. The journey to Mars is extremely tough, with shocks on take-off, extreme cold, and harmful radiation. And after that journey, the rover must do research independently over a long period on Mars, where it is extremely cold and there is no protective atmosphere. In that regard we can learn a lot from the Mars rover.’

‘Also, Perseverance has innovative sensors on board that we would like to have too,’ adds Kooistra. ‘Like the spectrometer. The Mars researchers use it to identify the mineral composition of the soil there with great precision. We could use that kind of sensor for things like analysing plant health on Earth.’

The technological progress booked by the Mars research is important to Wamelink’s research too. ‘The measuring techniques get better with each new rover. I work with artificial soils that are based on analyses done on location by Mars rovers such as Curiosity, Perseverance’s predecessor. Thanks to new technology, my artificial versions are coming closer and closer to real Mars soil – or to be more precise, Mars regolith. Soil is terrestrial and consists of sand, the dead remains of plants and soil fauna. All you get on Mars is minerals.’

Perseverance is not just going to analyse the mineral composition on location; for the first time – if all goes to plan – regolith samples will be sent back to Earth from Mars. ‘If I can get hold of one, I can get started,’ says Wamelink. ‘Then I can find out whether I really can grow plants on Martian soil. I can’t wait!’ The researcher’s patience will be tested, though: it is expected to take 10 years for the samples to arrive on our planet.

If I can get hold of a soil sample from Mars, I can get started

‘For the first time, there is now a drone flying around Mars as well, which I hope will give us more idea of the geology of the planet,’ Wamelink goes on. ‘The mineral composition varies there just as it does on Earth. It would be nice if it turned out that some parts of Mars consist of claylike soils. We can grow crops more easily on clay.

‘It’s a nice bonus that “extraterrestrial” studies have forced us at WUR to leave the beaten track – and that is desperately needed,’ says Wamelink. ‘Humanity is not treating the Earth right. We are stuck in a certain agriculture system: we are exhausting the soils and drought is becoming an ever bigger problem. The system needs an overhaul. As a space agriculturalist, you start with nothing and everything must be circular. Together with other disciplines, we are looking for creative ways of developing a whole new agriculture system for Mars. That provides us with new insights, relevant to agriculturalists on Earth as well. If you ask me, that’s what good science is all about: breaking down old patterns and forging links between different disciplines.’

Wamelink and Kooistra foresee that WUR students and researchers too will more often look for answers to their questions in outer space. Kooistra: ‘With a mission like Perseverance, we are in unknown territory, which makes us dependent on model studies,’ he says. ‘People have managed to successfully land the rover on Mars and make it drive around there before we have ever set foot on the planet. This shows that we are already quite good at simulating and understanding unfamiliar environments. So I see this kind of study as an exercise in getting the measure of new conditions. What will our climate be like in 1000 years, and what will Earth look like then?’ According to Wamelink, a course on Planet Science wouldn’t be a bad idea. ‘Or enquire with the ESA – they are looking for new astronauts now,’ he suggests. ‘I wouldn’t go to Mars myself. Six months locked up in a capsule… You’d feel like you were in an episode of Big Brother.’

‘Maybe it’s our age, but I wouldn’t fancy such a long journey either,’ Kooistra responds with a laugh. ‘Although I do think that overview effect would be fascinating. But just give me a picture of it via a satellite.’

Perseverance
NASA’s Perseverance took off for the red planet on 30 July 2020 and arrived in one piece over six months later. The rover was designed to study the geology of Mars and track down signs of old life. Perseverance also collects soil samples to send back to Earth and is used for testing innovative technology. 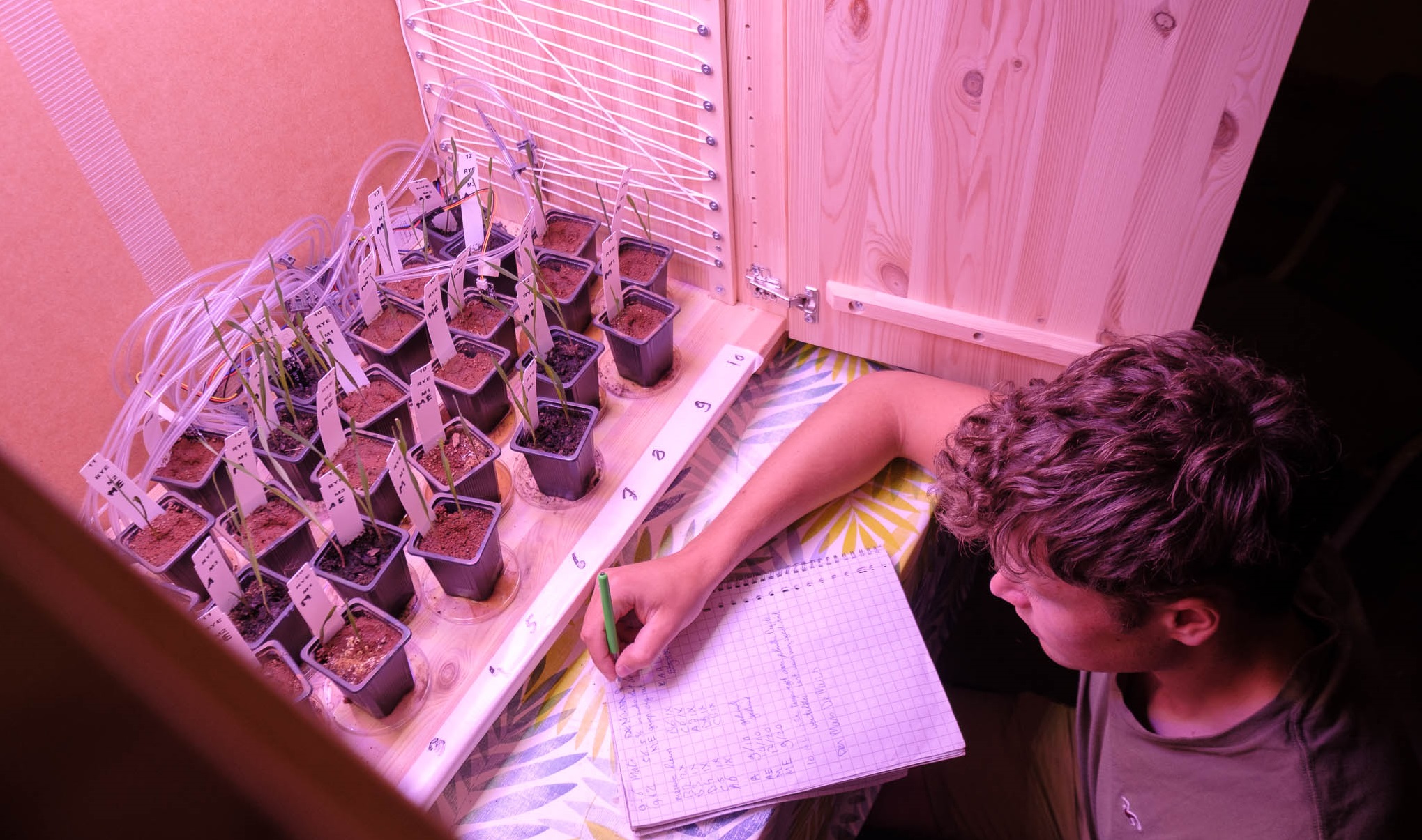 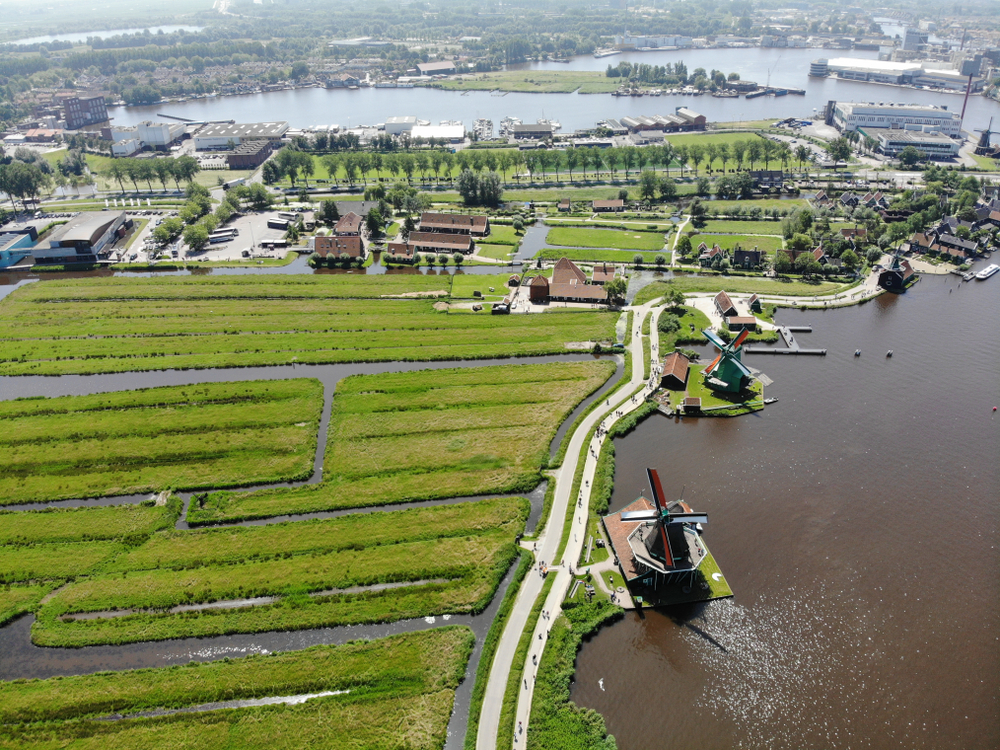 WUR-scientists call for a minister of Spatial Planning